Drones are increasingly being utilized for tasks that were previously performed using manned aircraft such as surveying, mapping, and 3D modeling.

The two main technologies used in these areas are LIDAR and photogrammetry.

Although both are useful to surveyors, each has its pros and cons. To better analyze the similarities and differences of both these, it’s important to understand how they work.

How LIDAR and photogrammetry work

LIDAR (light detection and ranging) is a decades-old technology which uses light in surveying. Once laser light illuminates a target, it’s reflected, and the distance measured using sensors.

Variations in wavelengths and laser return times are then used in making 3D models of the target.

LIDAR has applications in diverse fields such as seismology, forestry, geography, geology, archaeology, and self-driving cars.

Photogrammetry stitches several photos together to create a 3D model of the site.

For it to work accurately, it requires at least 80% overlap on every picture.

This not only allows the processing software to create an accurate orthophoto but also provides numerous angles for 3D modeling.

When to Use Each Technology 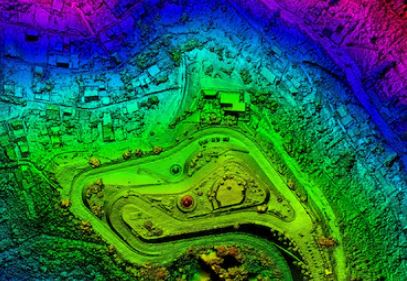 LIDAR is useful if you want a more in-depth assessment of an area.

Its sensors can penetrate dense vegetation as well as other structures, which gives surveyors a better idea of what lies beneath.

This makes it more suitable for surveying rough or largely uninhabited terrain.

Since photogrammetry stitches thousands of 2D photos together to create 3D models, it only captures surface data. It’s therefore useful when you want a visual overview of a target.

Both technologies are useful in 3d modeling and terrain mapping.

LIDAR is generally more expensive, but they both survey large swathes of terrain faster and more affordably than manned aircraft.

They both also depend on similar components and add-ons for improved productivity. These include RTK, GCPs, and GPS correction techniques.

Although photogrammetry is more dependent on software for processing, solutions such as Terrascan are available for LIDAR based output. 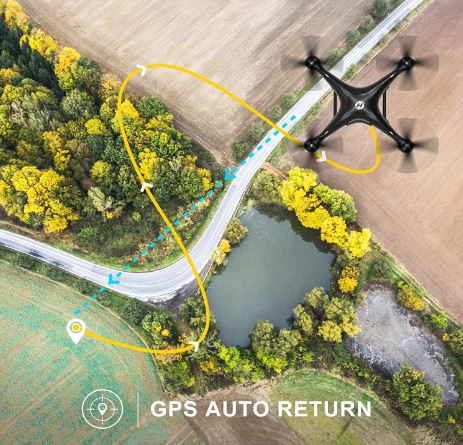 Since LIDAR uses laser technology, it can conduct surveys at any time, even under cover of darkness.

Photogrammetry, on the other hand, works best during the daytime when there’s enough light.

LIDAR acquires data faster than photogrammetry, due to its threshold for accuracy being lower. It only needs a flight line overlap of 20-30% to process data accurately, while photogrammetry requires an image overlap rate of 60-90%.

Some of the best ag drones in the market today are equipped with this technology. Their color capable (RGB) cameras make 3D modeling more detailed compared to LIDAR’S monochrome output.

LIDAR processes data faster. To generate the final product, you only need 5 to 30 minutes of calibration, depending on how complex the survey is.

Data processing in photogrammetry is the most time-consuming part. It lasts 5 to 10 times longer than data acquisition and requires powerful computing resources to do so.

Although UAV-mounted LIDAR sensors are becoming more affordable, they’re still relatively expensive. Their current price ranges from $50,000 to $300,000, which is out of reach for some small businesses.

By comparison, photogrammetry is very affordable. You only need a UAV with a compatible camera and processing software. These drones include DJI Phantom 4, Holy Stone HS-100, and Parrot Bebop 2. Their prices range from $250 to $1200.

Alternatively, you can purchase cameras that support the technology and mount them to any compatible drone. Examples include the GoPro Hero 4 Silver, Sony A7 Series, and Hasselblad X1D.

LIDAR is preferred by surveyors for its high accuracy, especially when utilizing ground-based sensors.

Achieving the same with a UAV-mounted sensor is harder because it’s in motion.

Other technologies such as GNSS receivers and IMU (inertial motion unit) are used for improved accuracy.

Photogrammetry can also be highly accurate, though this depends on various factors.

One of them is exceptional surveying experience on the drone pilot’s part. This makes it easier to select the best hardware, appropriate flight parameters, and data processing software. 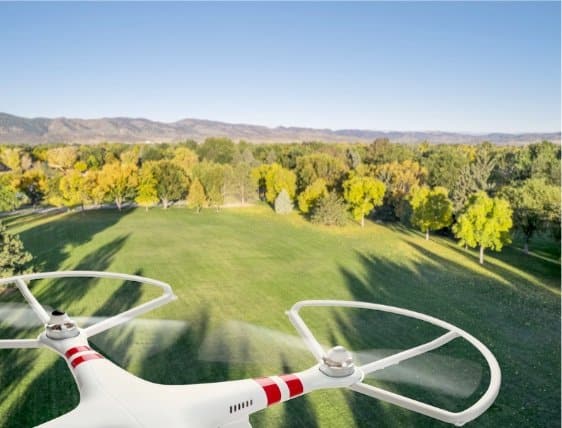 The biggest determinant on when to use either of these technologies is the target you’re surveying. If it contains useful subterranean data, you’ll naturally pick LIDAR, while photogrammetry works best for visual surveys.

As investments in UAS research and development increase, these solutions are bound to become faster, more affordable, and more accurate.