Federal drone laws apply to every state in the U.S., including California.

To operate a drone as a commercial pilot in California (i.e., for work/business purposes), you have to follow the FAA’s Part 107 Small UAS Rule (Part 107), including qualifying the FAA’s Aeronautical Knowledge Test to acquire a Remote Pilot Certification.

To run a drone as a hobbyist in California (i.e., for fun/enjoyment), you have to follow the FAA’s recreational model aircraft laws. One of these rules is that if your drone weighs greater than 0.55 pounds (250g), you will have to pay $5 to get it enrolled over here. There are added rules concerning airspace and height, keeping your drone within line-of-sight while flying.

To fly a drone as a government worker in California (i.e., for a fire department or police ), you may either operate under the FAA’s Part 107 rule or get a national Certificate of Authorization (COA). 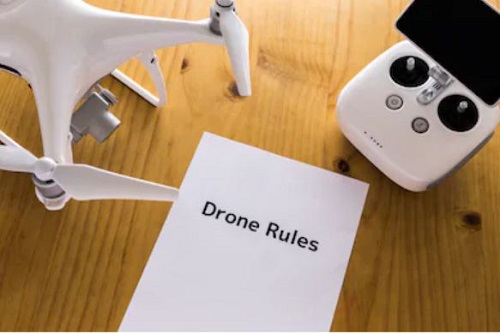 These are drone laws that apply to the entire state of California and were made by the California State Legislature.

This law gives immunity for first responders who break a UAS, which was intervening with the responder while he or she was giving emergency services.

This rule makes it a misdemeanor to interfere with the activities of first responders during an emergency.

This law forbids entering the airspace of a person to capture a picture or record the person engaging in a familial, personal, or private activity without permission. This law is a response to the use of UAS by the press in covering public figures.

This state law forbids the use of a drone within State Park wilderness regions, cultural preserves, and nature preserves. It is necessary to check the requirements of each State Park as they may have their own posted regulations.

All drone pilots operating commercially in California are subject to the FAA’s Part 107 rules. 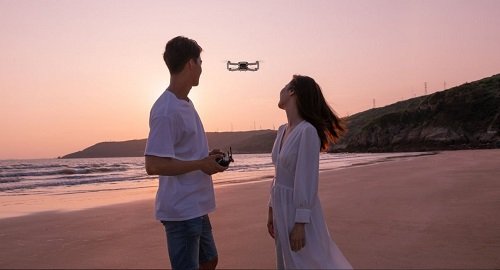 This city regulation creates limitations on drone operation and flight within the city.

This city regulation prohibits drone landings and takeoffs outside of the visual line of sight of a drone pilot, within 25 feet of another person, excepting the drone pilot or drone pilot’s designee; and on private property without the permission of the property owner.

This city regulation also forbids landings and takeoffs within 500 feet of a special event or emergency response without city-issued temporary use permit, and any breach of an FAA temporary flight restriction or notice to airmen.

This city ordinance grants local authorities the power to reinforce FAA drone-related regulations by making breaches of FAA regulations a misdemeanor. This town ordinance puts limits on a drone that can fly into an event or a school.

This regulation needs drone operators to obtain an operating license and identification numbers assigned by the city to operate a drone in Hermosa Beach.

This ordinance also reinforces present privacy laws, saying that no person shall operate a drone to record or transmit a visual picture or sound recording of any individual or private land located in the city under conditions where the subject individual or owner of the subject real property has a reasonable expectation of privacy.

It is stated that drones shouldn’t be flown on the ground of, or less than 350 feet above ground level within the airspace covering a public school.

This county code bans drones in Sacramento County parks, excluding the areas that are expressly provided therefor or with special permission of the Director, in areas compatible to said use.

This code forbids drones in city parks without consent from the Recreation and Park Department.

This policy forbids the use of drones on or over any property maintained by the Santa Clara Valley Open Space Authority. Drone Pilots who want to run a drone here must apply for a permit. Fire protection, search and rescue operations, and law enforcement operations don’t need a permit and aren’t subject to this policy.

This policy forbids the use of drones on or over any property governed by the MidPeninsula Regional Open Space District. Drones are only permitted in areas allocated for such use or with a written permit. It is essential to note that grants are only available for industrial drone pilots at this time.

This county ordinance forbids the operation of drones in some Orange County Parks.

In addition to the local laws mentioned above, the National Park Service has forbidden the operation of drones in all Golden Gate National Parks in the San Francisco Bay Area. 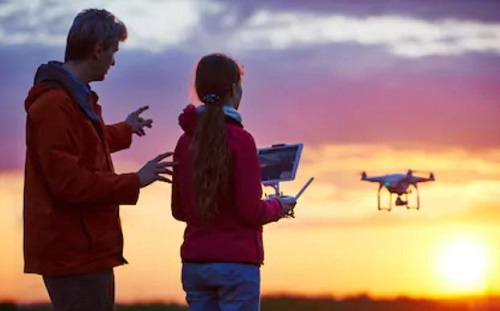 In California, there are many in-person training courses you can take in select cities that offer hands-on flight time with an instructor, practice with smart flight modes, and training on what to do before, in-between, and after a flight, a mission to stay safe, and compliant.

During a formal training course, you’ll get an opportunity to ask questions about regulations, flight operations management, software, checklists, and more.