The FAA continues to roll-out new rules and regulations governing the use of drones in the US.

On this page, we share some of the best recent articles written about how the new rules are changing the landscape of the drone industry – for consumers and for business operators.

Andrew Rosenthal, is an editor with The New York Times.

Consequences for Not Registering Your Drones

Bowen Xiao is an author with The Epoch Times.

According to the Consumer Technology Association, 700,000 drones have been sold in United Sates 2015 for a total revenue of $105 million. But did you know you must register your aircraft with FAA (Federal Aviation Administration), even if someone gifts one to you? The civil penalties for not registered unmanned aircraft are up to $27,500.

The FAA Shut Down Every Drone Club Within 30 Miles of Washington, DC 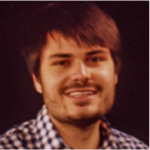 Jason Koebler is writer and podcaster with VICE Media. He focuses on Science, Space Discoveries, Domestic Drones and Health trends.

In the Washington DC metro area, the FAA recently shut down more than 36 aircraft due for safety violations. The FAA is concerned about the rapid increase of drones and has extended the ‘No Fly Zone’ surrounding Washington DC out 15 miles, and anywhere within 30 miles of  Washington National Airport.

Rebecca Parr is a writer with the San Jose Mercury News.

We need to educate Drone users. They don’t know about the danger of Drones. They can cause property damage and harm people.

Many drones now cost less than $100, so they have become a hot gift for the 2016 holiday season.

Due to this, the number of drone pilots has exploded.

Yet most do not have the faintest understanding of the rules and regulations regarding the flying of unmanned aerial vehicles. The FAA is cracking down now, having recently issued broad new rules with penalties for non-compliance. Drone pilots must follow FAA guidelines, which include flying no higher than 400 ft.

If you don’t have the permission from the FAA to fly a drone within 5 miles of an airport, then you’re probably breaking the law. If so, you may have to face a fine of $10,000.

Justin Peters is a Slate correspondent and the author of The Idealist.

When people of United State of America asked the Federal Aviation Administration’s chief, MICHAEL HUERTA, how to stop people from flying over city area or crowding places and drone damaging, he said the answer was a new smartphone app for Drones users called B4UFLY.

On Dec 14, 2015, FAA published rules for registration for small recreational unmanned aerial systems, Drones and Large UAVs. Users can register from December 21, 2015, to February 19, 2016. New Drone owners who have purchased after 21 December must be registered with FAA before flying it.

Drone owners must submit registration and contact information to the FAA. After registration, FAA will send you a “proof of ownership” or identification number that you must place on your Drone. Failing to register with FAA could result in a charge of civil penalties up to $27,500. The criminal penalties include a fine up to $250,000 & 3 years of imprisonment.

Sarah Buhr is a writer at TechCrunch who focuses on Biotechnology, Health, Gender and Diversity, Security and Tech Culture.

About 300,000 Drone owners have registered with FAA since the government published the rules for Drones. But the ONAGOfly is a bite-sized flying camera so small that it flies under the radar of the latest rules. The weight of this drone is only 0.3lbs, so it does not need to be registered.

On Wednesday 27th January, a drone was spotted in the path of an American Airlines flight that was landing at Miami International airport. Flight 1317 took off from O’Hare International Airport in Chicago and was just 1 to 2 miles away from the runway when the crew spotted the drone. The FAA is investigating the incident and looking for the drone operator.

When Your Neighbor’s Drone Pays an Unwelcome Visit

Nick Bilton is an award winning technology columnist, reporter and author with the NYTimes.com who writes about technology and future of technology trends.

This article shares the experiences of people who’ve run into trouble with their neighbor and his/her drone. People share their experiences on Twitter and describe what happened to the drone owner/operator, after they were reported.