Drone technology is evolving, and many individuals and businesses are embracing it in their operations. For instance, the technology is used in industries that include real estate, construction, agriculture, filming & photography, as well as emergency services.

The agriculture sector is also embracing drone technology to improve its operations. When using an agricultural drone one gets more accurate and faster data to assess crops or livestock using thermal imaging.  As a result of the evolution of drone technology, the drone manufacturing industry is also growing.

When an organization acquires another company, the two companies form a merger, and they will immensely benefit from the deal. In this case, the Canadian based Aeryon is a leader in the design of drones. It is also a leading manufacturer of drone solutions that are under 20 pounds.

The drones that are below 20 pounds are used for different purposes, and they differ from other similar products. For instance, Aeryon Labs mainly works with public safety, global military as well as critical market infrastructure.

The organization also works with more than 20 military agencies in over 30 countries.  These customers also include the US Defense Department meaning that Aeryon Labs already has a strong customer base. The success of the company mainly depends on the level of its customer base compared to other competitors.

The new entity after the merger will build a strong customer foundation drawing the customers from two backgrounds. The company will also be in a better position to penetrate new markets by offering improved UAV solutions. Already, the US and Canadian markets are significant, and they can also help the firm to attract more customers.

Development Of The UAS System

FLIR’s recent acquisition of Aeryon means that the new merger will help to create a robust UAV platform and hardware business. The drone technology is continually evolving, and many customers seek UAS as one component.

This single component also acts as a broader solution to the UAS sector. Aeryon has been evolving toward that direction during the past few years, but the inclusion of FLIR sensor systems are vital.  The company is now able to include its hardware and software technologies in a much bigger picture than it would without FLIR.

Aeryon already has the SkyRanger drone system that will also add to FLIR’s powerful solutions. The good thing about the UAS system is that it is portable meaning that it is easy to operate. An operator can launch it in the field within minutes which makes it ideal for military operations.

The system is also appropriate for public safety operations that aim to save lives and property. Improvements to the UAS system will make it more attractive, and it can also serve various purposes. In Canada and North Carolina, the SkyRanger was used by the police agencies to locate missing persons.

The other advantage of the SkyRanger is that it is standardized to meet the needs of police agencies in different states. It can work well for the Michigan State, and it also forms part of Microsoft’s Advanced Patrol Car. The merger also means that Aeryon Labs will also become part of FLIR’s Defense and Government Business Units’ remote systems and Integrated Solutions.

In other words, the merger is mutually beneficial to both companies now operating under the same umbrella. It seems both companies will benefit from the technical expertise of each company in the drone industry. The development will help the company to concentrate on improving the drone solutions that can satisfy the needs of many customers. 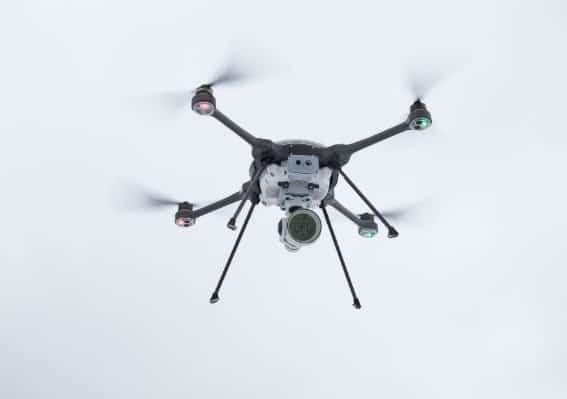 FLIR’s acquisition of Aeryon Labs means that it can go beyond the provision of sensors to achieve its long term strategy. The company is committed to its principal goal of becoming a leading provider of solutions that save lives. The latest acquisition follows the 2016 acquisition of Prox Dynamics which significantly helped in increasing the company’s capabilities in unmanned systems solutions.

The acquisition also helped the company to expand beyond nano-UAS to Group1 UAS solutions that are specifically for the military. The organization intends to continue investing and building its business in autonomous solutions.

The drone industry is significantly growing, and a company that is capable of satisfying the needs of the customers has an advantage. Therefore, the acquisition will help FLIR to expand its business and reach different markets with new customers.

Every industry consists of competition since the companies do not operate in isolation. The same applies to the drone industry that also includes other players. As such, the acquisition deal will help the firm to gain a significant market share in the drone industry. It can achieve this by penetrating foreign markets with its improved drone solutions.

Many people are attracted by unique products, and FLIR seems to be on the right track since its operations are customer oriented. The other advantage is that it already deals with large agencies as its customers so the acquisition can help develop the market.

Many industries are adopting drone technology in their operations. Therefore, the $200 million deal between FLIR and Aeryon Labs will go a long way in satisfying the needs of different customers. Many customers have various expectations which mean the merged companies should focus on those.

With improved customer satisfaction, the acquisition deal will help the company to attract many customers. Primarily, every business aims to operate profitably by satisfying the needs of targeted customers.