When you think about drones in national parks, you may think of capturing beautiful aerial shots of some of the most amazing places in the world.

Since June 2014, the U.S. National Park Service (NPS) has had a ban on the flying of drones in national parks.

Launching, operating, or landing an aircraft from or on lands and waters administered by the National Park Service within the boundaries of National parks is prohibited except as approved in writing by the superintendent.

This memorandum was issued under national law 36 CFR § 1.5, which covers closures and public use limits for federal parks.

From a legal aspect, the FAA is the only authority that has jurisdiction over the national airspace. Yet, other government entities proceed to make their drone regulations despite the FAA’s sole authority within the airspace.

The FAA has issued its restrictions over specific NPS sites, including Mount Rushmore and these other U.S. landmarks.

Is The Ban Applies To FAA-Certified Drone Pilot?

The prohibition on drones in national parks is a blanket prohibition that applies to both drone pilots and recreational, with no differentiation made between the two.

What Exactly Does the Ban Cover?

This ban applies to the launch, landing, and operation of unmanned aircraft on waters and lands administered by the NPS.

The ban on Drones in national parks involves:

Along with National Parks, the use of drones is also prohibited in Wilderness Areas.

What Happens If Someone Violates the Drone Ban?

Infringing the prohibition on drones in national parks may result in a fine of up to $5,000 and around six months in prison.

Many of these fines are issued (though none for the maximum possible amount of $5K).

Reasons for Ban On Drones In National Parks 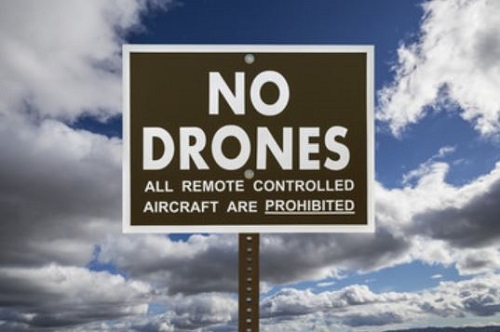 The NPS banned drones in national parks since they can be disturbing to both people and wildlife.

The drone bans the NPS declared in 2014 came after various individual bans were made at various national parks across the U.S.

In some cases, these individual bans were reactive–somebody had flown a drone at the park in an irresponsible, intrusive fashion, and park administration had determined that the most prominent policy was to forbid all drones going forward.

The drone ban stems from severe concerns about the negative impact that flying aircraft is having in parks.

As far as people go, the NPS has seemingly have been worried that a drone’s sound and visual distraction could negatively affect the experience of people who tried to commune with nature.

While drone pilots could avoid crowded areas to resolve this complaint, you might have the ability to argue that would leave us with the worries the NPS had about the negative influence drones were having on the environment and animals at the time of the ban.

A drone was seen separating many young bighorn sheep from adults in a herd at Zion National Park in one of the most well-recorded incidents of a drone intervening with wildlife. This was alerting because sheep who lose their parents could die, and it appeared the pilot didn’t notice or did not care about what had happened.

Add to these concerns that the fact that drones just started to become mainstream in 2014, and you have the ideal storm for a blanket ban to be issued.

When the drone business was in its outset in the year 2011, Raphael Pirker, a Swiss drone pilot, was hindered by park rangers while operating a miniature Styrofoam drone at Grand Canyon National Park.

The Rangers wanted him to land the drone. When he did, they issued a $325 ticket and took the drone’s memory card.

The ticket was for breaching a federal code prohibiting “delivery or retrieving a person or object by helicopter, parachute, or other airborne means, except in emergencies involving public safety or serious property loss, or under the terms and conditions of a license.”

This statute was not made with drones in mind. Its use for the ticket was showing the legislative gap for the way to administer drone use, whether at a National Park or elsewhere.

Over the next couple of years, as user drones became popular, incidents like this became more commonplace, and parks started banning the use of drones.t

In May 2014, Yosemite National Park issued a ban on drone use anywhere in the park. After that, other national parks, including the Great Smoky Mountains National Park and Zion National Park, supported suit.

And the next month, the NPS imposed a blanket ban, prohibiting the use of drones in most national parks across the U.S.

Some Context–Public Perception of Drones and the Commercial Drone Ban

In 2007, the FAA prohibited drone use for business operations, mainly because they simply didn’t understand how to govern them. The ban was primarily a means of putting off the production of commercial drone laws to a later date, which, as time passed, just never seemed to come.

By 2014, after the NPS prohibited drones, there was still no framework for drone use for business purposes (or actually for hobbyist uses, from a practical standpoint ).

This meant that agencies like the NPS might have been inclined to see drones the same way most people saw them at the time–dumb, annoying, and possible tools for invading privacy. Rather than as tools for specific tasks, such as aerial photography, or research, which might have a legitimate place in the NPS world if adequately regulated.

In this context, it was easy to impose a blanket ban. With no legislative framework, and with the drone business still in its nascency, there was no need for nuance or for making a real path to pursuing permits or exceptions to the rule.

Drones were not good, and they were out—it was that easy. 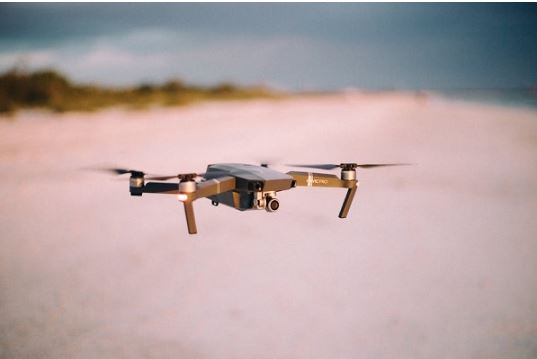 Remember the Raphael Pirker, Swiss drone pilot, who got smashed by park rangers in Grand Canyon National Park in 2011? Well, he ultimately becomes an unlikely catalyst in the push to make commercial drone law.

In the fall of 2013, Pirker was working –illegally, we should note because all commercial drone operations were prohibited at this time–as an industrial drone pilot capturing aerial shots of the University of Virginia. At this point, seven years after the FAA’s commercial drone ban was issued, several “underground” commercial drone operators were willing to risk violating the law to do work with their drones.

When the FAA know about the video, Pirker had made with his aerial footage that they issued a $10,000 fine for illegally running a drone for industrial purposes and for flying it” carelessly or recklessly.”

However, Pirker took the FAA to court, claiming that their 2007 ban on drones was illegal because the FAA failed to get public hearings before making the rule.

Pirker won. In the spring of 2014, a magistrate dismissed the FAA’s case against Pirker.

There is no rule against flying a commercial drone.

— Patrick Geraghty, Judge with the National Transportation Safety Board

The FAA was already functioning on its Part 107 rules, which would establish an actual regulatory framework for industrial drone operations. However, this case, brought by one of the first drone pilots to get in difficulty for flying in a national park, definitely pushed them to get those rules out.

Both after and before the ban on drones in national parks was issued, rogue drones generated some issues.

Here are some of the most notable episodes:

Exceptions To The Drones Ban On National Parks

The NPS prohibition on drones in national parks allows for a Special Use Permit for applications like rescue and search, research, and fire safety. However, in practice, these permits seem almost difficult to obtain.

We haven’t been able to find a complete list of the Special Use Permits the NPS has issued, but we do know of both of these instances where they were allowed:

In August 2015, a pilot took aerial photos of the Marsh-Billings-Rockefeller National Historical Park in Vermont with NPS permission. The project’s objective was to make a large illustrated map of the park to display to visitors as they entered park grounds.

In January 2017, approval was given for a drone to fly at Great Sand Dunes National Park in southern Colorado for gathering aerial data to help create accurate geospatial maps of the dunes and to provide researchers with high-quality data sets about the dunes.

Grand Canyon National Park has a squadron of drones that are used strictly for rescue and research operations.

The fleet was first created in 2016. In 2017, the squadron made headlines for discovering two hikers who had been swept away while trying to cross a flooded creek. At that time, it comprised four UAS with six qualified pilots.

To our knowledge, Grand Canyon is the single national park that has a drone fleet.

Although drones are prohibited in national parks, here are a few other beautiful outdoor areas where they aren’t strictly prohibited:

Please note that this is only a general list of possible places where flying could be permitted.

To ensure you are compliant with the regulations to fly, it is essential to look into the particular drone laws administering the area you want to fly.