In 2015, the FAA set up new rules requiring hobbyist drone owners to register their UAVs online.
The new regulations were ultimately struck down in 2016 when John Taylor, a drone hobbyist, successfully challenged the FAA in court.

Now, a judge in the U.S. Court of Appeals for the DC Circuit has reversed that ruling, essentially giving the FAA the go-ahead to impose whatever rules it warrants as necessary on hobby drones.

Even before this ruling the FAA’s drone registry had already been re-activated by congress through the National Defense Authorization Act. This made it mandatory for owners of drones between 0.55lbs and 55lbs to register them with the FAA.

Now the FAA has leeway to impose even more rules on hobbyist drones.

Why Big Tech is Happy?

No one’s happier about the new ruling than big tech companies. It’s what they have wanted for years.

Google and several other companies including CNN and Ford are part of the Commercial Drone Alliance, an organization that has been pushing for stricter regulations on hobbyist drones.

Amazon is not part of the alliance but has also separately requested the FAA to regulate hobby drones.

All these companies have one thing in common: they are planning to use drones in various big ways in the near future.

Google has been working on Project Wing, which involves drone deliveries. Amazon too has been planning to start delivering orders to their millions of customers using drones. 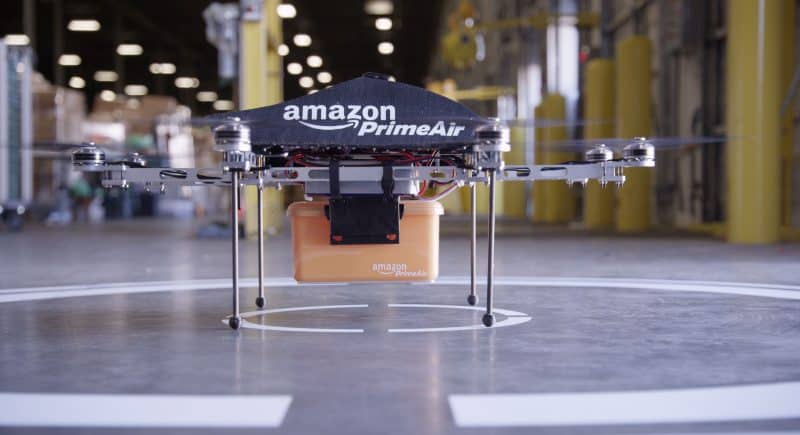 But there is one big obstacle standing in their way: hobbyist drones.

If Amazon is to send a package-carrying drone to your home, they want to be sure there aren’t dozens of other drones flying about and colliding into it.

These companies view the hobbyist drone industry as too chaotic. They are hoping that the FAA will step in to bring some order and thus clear the way – or rather the skies – for their planned commercial drone operations.

Is there Any Need for New Regulations?

This is a point of big debate among drone owners.

Many are angry that a new burden is going to be placed on hobbyist drone owners. But others understand the need for these rules considering how dumb some drone owners can be.

Unfortunately, new rules are coming whether we like it or not. An increasing number of dangerous drone incidents coupled with lobbying from big tech have made that inevitable.

It’s already mandatory to register your non-commercial drone with the FAA. What else could they want?

One of the things that FAA has been considering is requiring all drones to have an identifier beacon.

This will allow real-time identification of drones especially if they are flying close to sensitive locations such as airports.

But there is an upside to these regulations.

As I wrote in a previous blog post, the US government is actively working with companies and local governments to find new drone uses.

So these new regulations may come paired with new freedoms as well. The FAA might finally allow drones to fly over crowds or carry out night operations without having to apply for exemptions.

The only question is how many of these new freedoms will be given to hobbyist drones rather than just commercial drone operators?