Police in the UK is set to get new powers that can help them to tackle the illegal use of drones. The new order follows a spate of aircraft incidents involving drones in recent years particularly in 2018.

Gatwick airport suspended flights for more than 36 hours in December 2018 following reports of drones over the airfield. During the recent past years, the numbers of drone incidents involving aircraft have dramatically increased in the UK.

In 2018 alone, there were more than 100 reported cases of aircraft incidents involving the illegal use of drones. However, there is legislation in the UK that prohibits flying drones close to the airport. The primary challenge in dealing with this matter was finding the people responsible for those acts.

Under the legislation, the government made the flying of drones above 400ft (120m) illegal. It also banned drone use within a radius of one kilometer (0.62 miles) of an airport. Drones can affect the smooth movement of aircraft within the airport area.

Drone interference with aircraft can lead to accidents that can result in unnecessary injuries or loss of life. The other issue is that illegal drone use can also lead to loss of property. As such, the British Airline Pilots Association (BALPA) advocates more stringent rules for drone use around the airport.

The association also believes that the extension of exclusion zones for drone use around airports can also help to solve the problem. While drones are significant in different sectors, their misuse is an issue of concern which requires the government to act.

Following a spate of aircraft incidents involving illegal drone use, the UK government introduced a range of measures. The exclusion zone of drones around airports is now approximately 3.1 miles (5 kilometers) radius. The zones also include extensions from the runway ends.

The other move is that all operators of drones between 250 gr. and 20 kg. need registration. It is easier for the responsible authorities to track registered drones in the event of misuse. Drone registration also helps the authorities to eliminate users with undesired motives. 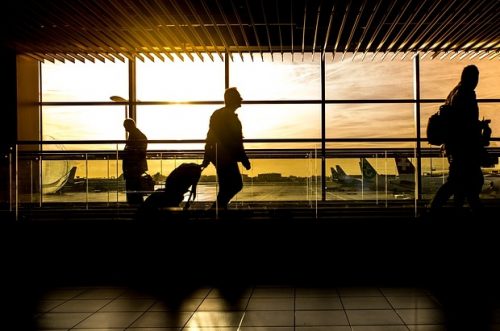 They can also search electronic data stored on the drone. In the event of a serious offense, the police can obtain a warrant to arrest.

In case of minor drone offenses, the police can issue fixed-penalty notices. These notices have fines that range up to £100 for crimes that involve failure to comply with the orders to land the drones.

The users are also liable to pay fines if they do not produce proper registration to operate the drone. On top of that, all registered drone users should take a competency test online so that they do not pose risks to aircraft.

The drone users need constant practice so that they improve their skills to operate the devices.

The government also says that it intends to expand surveillance technology to detect as well as repel drones from prisons and airports. Some prosumer camera drones can be used to spy on restricted areas. The announcement of these measures sends a clear message to all people about the gravity of the offense.

People who endanger the safety of an aircraft should know that they are committing a criminal offense. The offense can carry a prison sentence of about five years. Flying drones in restricted places like airports were illegal even before the new legislation. The laws only lacked strict enforcement.

Drones As A Matter Of Concern

In recent years, there have been some unscrupulous people increasingly using drones to smuggle drugs and mobile phones into jails. Others were also smuggling different forms of contraband into prisons. The issue of drone use for illegal purposes is of great concern since it compromises the security systems in different scenarios.

Though the government said the incidents were rare, 33 cases of crewless aircraft were reported near prisons in 2015.  The items discovered following these incidents include drugs, USB drives, and phones. Prisons are correctional centers, but the cause loses merit when people start smuggling illicit substances to the inmates using drones.

The other consideration by the UK government is to use technology that helps to identify the owner of the drone. The problem is worsened by the lack of technology to detect the persons behind the illegal use of drones.

Users can operate drones remotely which makes it challenging to identify the operator. As such, the Home Office in the UK intends to test and evaluate the safety of different counter-drone technology. The technology is the best way forward, and it can help the police to get a lasting solution to the practice of illegal drone use.

The army has the technology to detect the drones, and it can also help if the police have access to the same. The incidents at Gatwick were deliberate, illegal, irresponsible and well calculated by the people involved.

In such a scenario, the only way to solve such a situation is to use counter drone technology. No kind of restriction could prevent such an incident of this magnitude. Counter technology helps to detect the drones as well as their owners who make registration of drones significant.

The incidents at Gatwick airport were also due to the government’s lack of proper procedures to deal with such events. Following the new drone laws, the government also says that it will continue using smart technology to monitor drone usage. In the same vein, the Ministry of Defence also remains on guard to deal with drone problems around airports.