Wing’s OpenSky app attempts to solve one of the biggest headaches plaguing the UAS industry; how to avoid drone-related accidents.

For a long time now, UAV pilots have had to abide by the FAA’s Part 107 regulations. Although requirements such as Visual Line of Sight minimize mishaps, they also impose severe restrictions on pilots.

With the commercial UAS market booming, and modern applications needing longer flights, BVLOS drones are becoming more popular. DJI, Yuneec, Parrot, and other companies have tried overcoming these problems with solutions such as geofencing.

Others like Wing have accepted the challenge of trying to make low altitude airspace safe for flight. Google’s vast experience with mapping, data analytics, robotics, AI, IoT, and other emerging technologies gives it a decent head start. 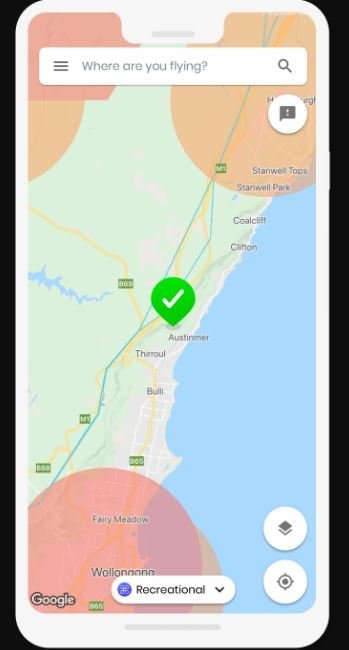 The app’s mission objective is to help drone pilots find safe places and times to fly. It’s targeted at both recreational and commercial users. Other than being available on Google’s Play Store and Apple’s App Store, the app can also be accessed on desktops.

When you first open it, you’ll be asked to specify the nature of your upcoming flight. You can select either of three options:

Based on the option you pick, the map will show you any essential installations in your flight path. These include airports, heliports, sporting venues, live emergencies, or other notable obstacles. If you’re cleared to operate your UAV, you’ll be shown a green checkmark.

You’ll also receive a reminder in the form of a safety checklist you need to perform before flying. Since OpenSkyis being tested in Australia, the current checklist conforms to that country’s drone regulations.

The Wing has pledged to work with other parties in the drone industry to make OpenSky better. It plans to do this by introducing a range of products to support the platform. Soon, more accessibility features such as “Voice Over” and “Talk Back” will also be introduced.

Wing began as one of Google’s famous moonshots under Google X, a subsidiary of Alphabet. Last year, it became a full-fledged company under Alphabet.

For seven years, the company has focused on optimizing drone technology, especially as a package delivery method.

The project conducted more than 70,000 test flights and over 3000 successful drone deliveries in Canberra. Australia’s support has been crucial to the project’s success.

The country’s Civil Aviation Safety Authority (CASA) has shelved its own drone air safety app in favor of OpenSky.

Australia was also the first country to grant Wing permission to operate drones over its airspace and charge for deliveries. A similar permit, America’s first Air Carrier Certificate, was recently given to the company by the FAA.

Reports indicate Wing is preparing to launch commercial drone delivery trials in Virginia later this year. Other than Australia and the US, the company also has ongoing projects in Finland and Switzerland.

Wing is not alone in trying to bring order to low altitude airspace. Among the companies working towards a similar objective are AirMap, Unifly, and Iris Automation.

Amazon is also testing drone delivery solutions that could directly compete with Wing’s services in the future.

Potential benefits of the OpenSky app

Industry trends point to a bright future for OpenSky if the app manages to solve low altitude airspace problems.

According to the FAA, up to 7 million drones will be in the skies by 2020. Millions more will be purchased on an annual basis.

This presents big opportunities for Wing’s OpenSky app. Improving safety in a world with drone filled skies is the most visible benefit of this service.

It also has implications for the fast-growing drone insurance industry. Presently, UAV insurers are yet to devise the best formula for determining premiums. A standard platform like the OpenSky app makes it easier to do so.

Users on the platform might even end up paying lower premiums for drone liability insurance. That’s because safety standards will be higher, which will reduce most risks currently associated with drone flight.

It will also be easier for developers to introduce useful programs or add-ons to an already established platform like OpenSky. This will be better than the current fragmented market in which each drone manufacturer develops its safety features. 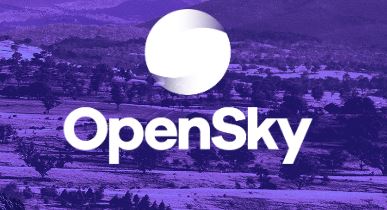 By releasing the OpenSky drone flyer app, Google’s Wing has opened an exciting new chapter in the UAS industry. Though it’s still early days, the app’s possibilities are already apparent.

One thing’s for sure: mass adoption of OpenSky will increase worldwide confidence in the rapidly growing drone market.